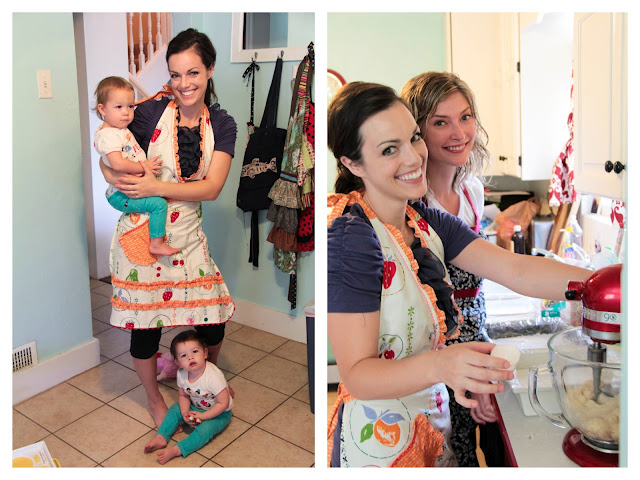 Our big dreams of getting more cupboard and counter space can't seem to get past the dream stage {it's been a little frusterating, anyone know a good contractor? We found a guy we like, but we've been waiting months just to get a quote...}  In the meantime we're making the most of our itty-bitty kitchen.
A few days back me and a couple of my friends from nursing school decided to have a baking day and share recipes with each other. Alicia was good enough to take pictures so I stole some from her. We made chocolate con churros, marshmallows, and artisan bread. It was such a blast getting together and learning some new things! This was while Brad was in Alaska so the girls were there for a little bit- if you can't tell from the above picture, they were ready for a nap. Luckily they took a nice long one so that we could bake to our heart's desires. 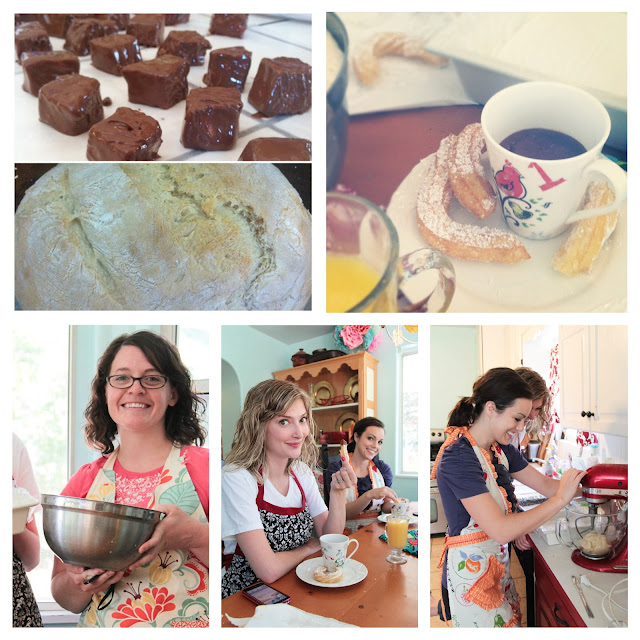 The girls still love their little kitchen and it has on occasion been quite the life-saver while I'm baking. 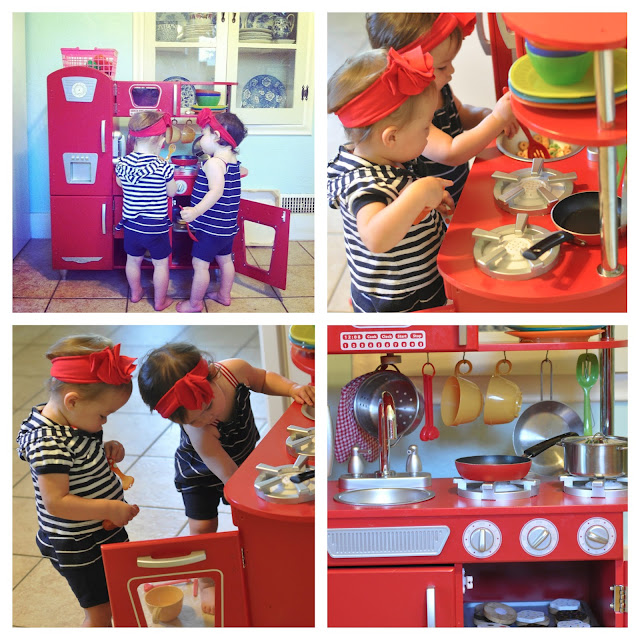 Although they still prefer pulling everything out of the real drawers. On this particular occasion they found some yellow food dye and managed to get it all over themselves and paint the whole kitchen with it. Those guilty little faces...you just can't help but love them no matter what they do. 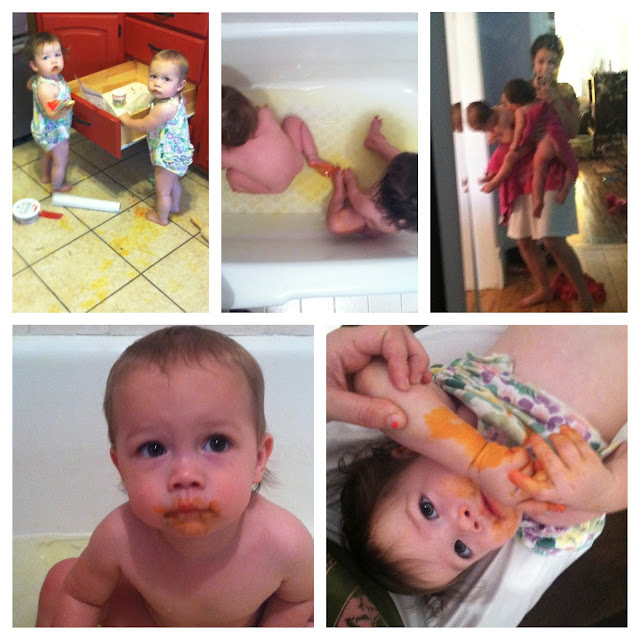 On a much more depressing note, I got an email from Magleby's last month informing me that their Provo restaurant location had closed (the one that sponsored the free cake for life) and so the free cake for life turned out only to bee free cake for a few months. A part of me knew it was too good to be true. I certainly made the most of those few months, in fact, maybe I'm the one who put them out of business..? I had already been saving weeks to get a big cake for Papi Chale's 90th brithday party, so I emailed them several times to see if they would still honor it, but they never responded... boo maglebys. {but thanks for those few awesome free cakes!} :)
I was determined to still make an awesome cake for Papi Chale's birthday, I came up with a new recipe which tasted very good- but did kinda collapse in the middles. It's a work in progress. With some creative arranging I was able to create the appearance that the cake was in perfect form for the party. 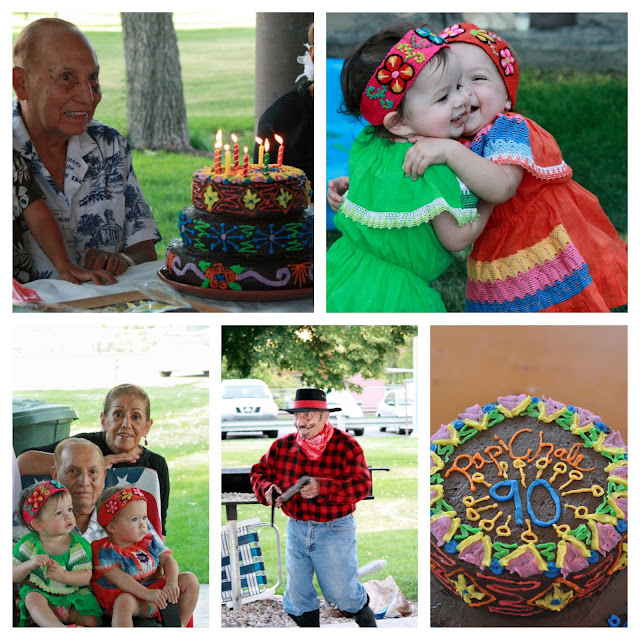 Brad's family also made a video for Papi Chale and asked Lyla to play the role of baby Chale. Her acting debut was groundbreaking. 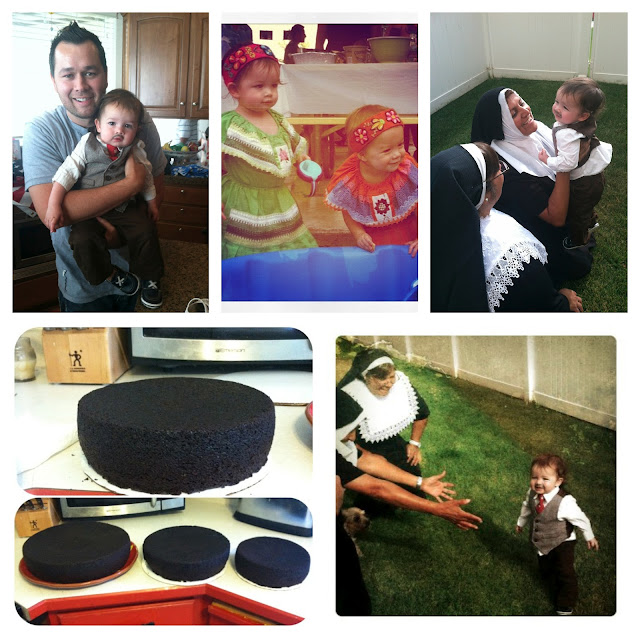 Anyways...in case you were wondering our family biggest loser is done- Brad won! I thought at the end there that I might have a chance to take him out, but he was a good loser. We are trying to still be a little more health conscience than we were before, but it is SO nice to be able to cook some normal food again. Even in a tiny kitchen. :)

Oh my! you have a wonderful family Katie! i love to see Lyla & June growing up with all that love aroud them! me encanta ver lo que cocinas, que ricoo.

It was such a fun day and I can't wait to do it again! It will be fun for you to have a dream kitchen, but what you have now works great for our baking adventures. I love L & J's little kitchen too! 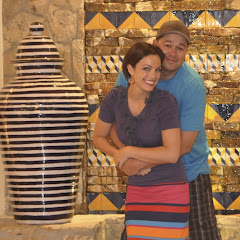 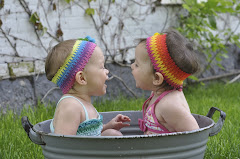